Infotainment is a seriously big issue in the modern automotive industry. With more and more buyers claiming that connectivity and infotainment dictate their purchasing decision, and the onslaught of modern driving aids, it has become vital for automakers to differentiate themselves in new ways.

For many, the Human-Machine Interface (HMI) and infotainment features are that method. Not only does the radio/navigation/car system represent a key touchpoint (literally), it also opens up opportunities for manufacturers to explore their creativity.

Back in 2015 when we first listed our favourite infotainment systems, Android Auto and Apple CarPlay were only just cresting the horizon. Back then, FCA’s UConnect was our top pick, but have two years of market development left it behind? 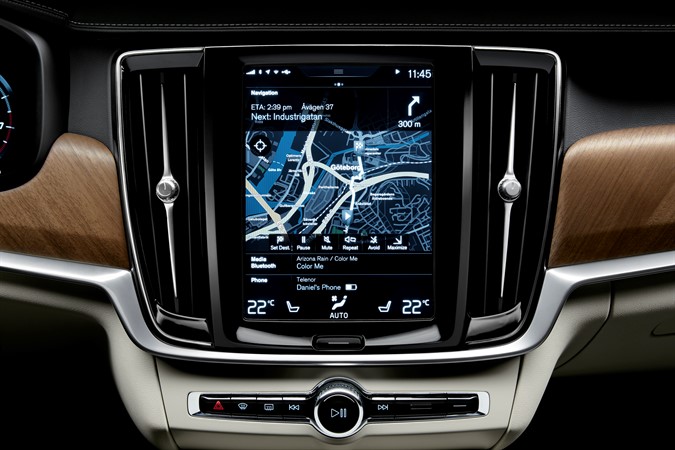 First debuted in the 2017 Volvo XC90, the latest generation of Volvo infotainment system is a sheer masterpiece.

Visually rich, intuitive and fully equipped, Sensus is as future-forward and elegant as the rest of Volvo’s interiors. The massive, Tesla-esque touchscreen is supplemented by a large volume knob and tuning buttons plus intuitive steering-wheel controls.

It’s Apple CarPlay and Android Auto-enabled and can even be turned into a Wi-Fi hotspot if you’ve paid the subscription. There are multiple customizable displays in the centre screen and a detailed Electronic Programming Guide for satellite radio that will show you what songs are playing at any given time – so you can jump to the station playing the best song at that moment. Access to the car’s many safety features like lane-departure warning, blind-spot warning and even ESC is a swipe away and the icons are easy to understand and find on the screen. 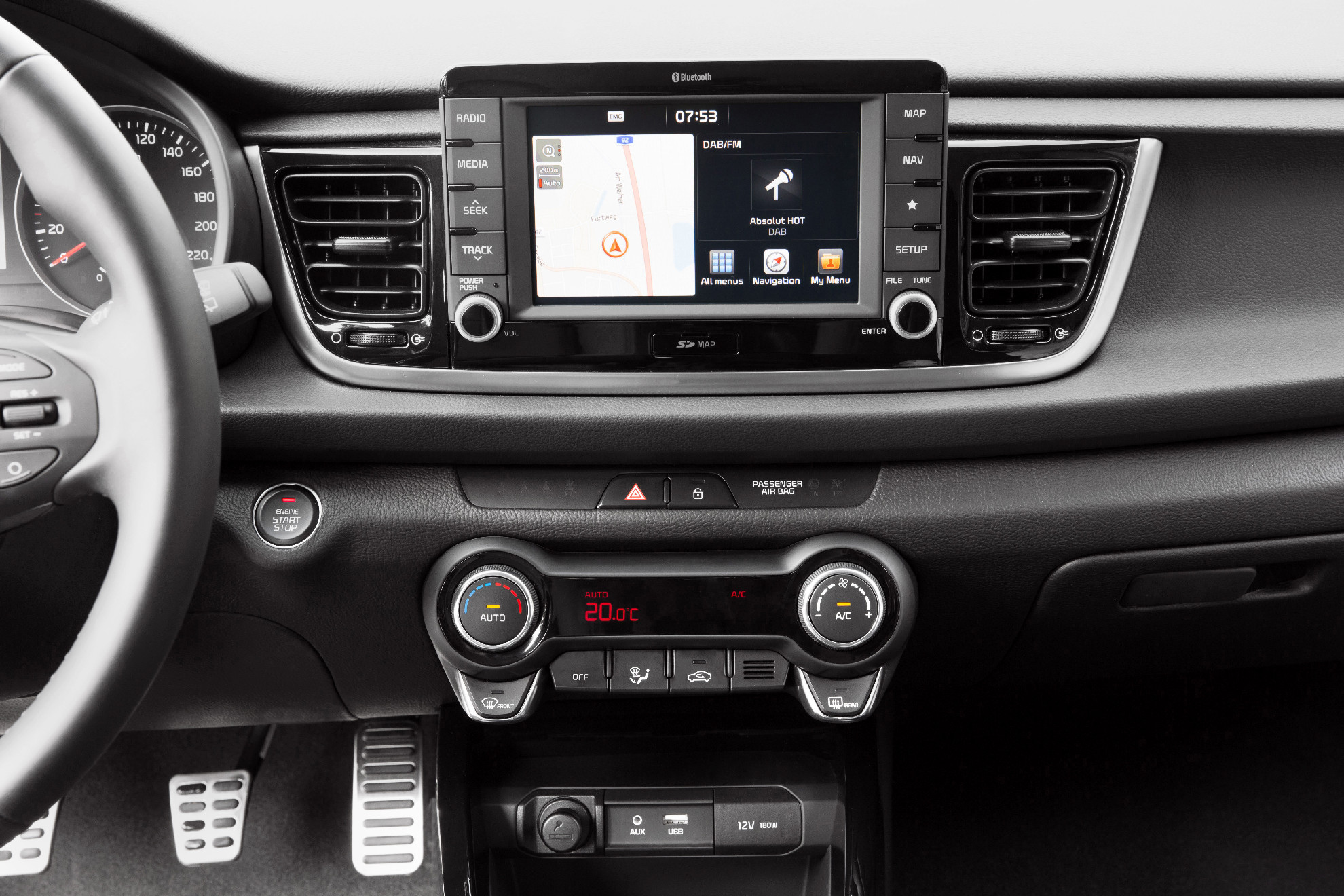 Kia has developed a rapid, responsive touchscreen system with supplementary hard buttons to shortcut to key screens. It also utilizes a conventional volume and tuning knob as well as steering-wheel controls for audio functions.

The graphics are engaging and vibrant and all screens are intuitive and easy to learn and use. UVO is Android Auto/Apple CarPlay compatible too, but that’s not the big drawcard.

UVO’s most impressive trick is the automatic recording of your six favourite audio stations. From the moment you start the car your six top Sirius XM stations begin recording. Miss the start of your favourite song? No drama, Kia will let you skip back. You can skip back all the way to the start of your drive, on six stations. A similar feature is also available on some of Toyota’s higher-end systems.

Not only that but Kia’s navigation system is easy to use and fast, and the in-dash TFT screen is informative. 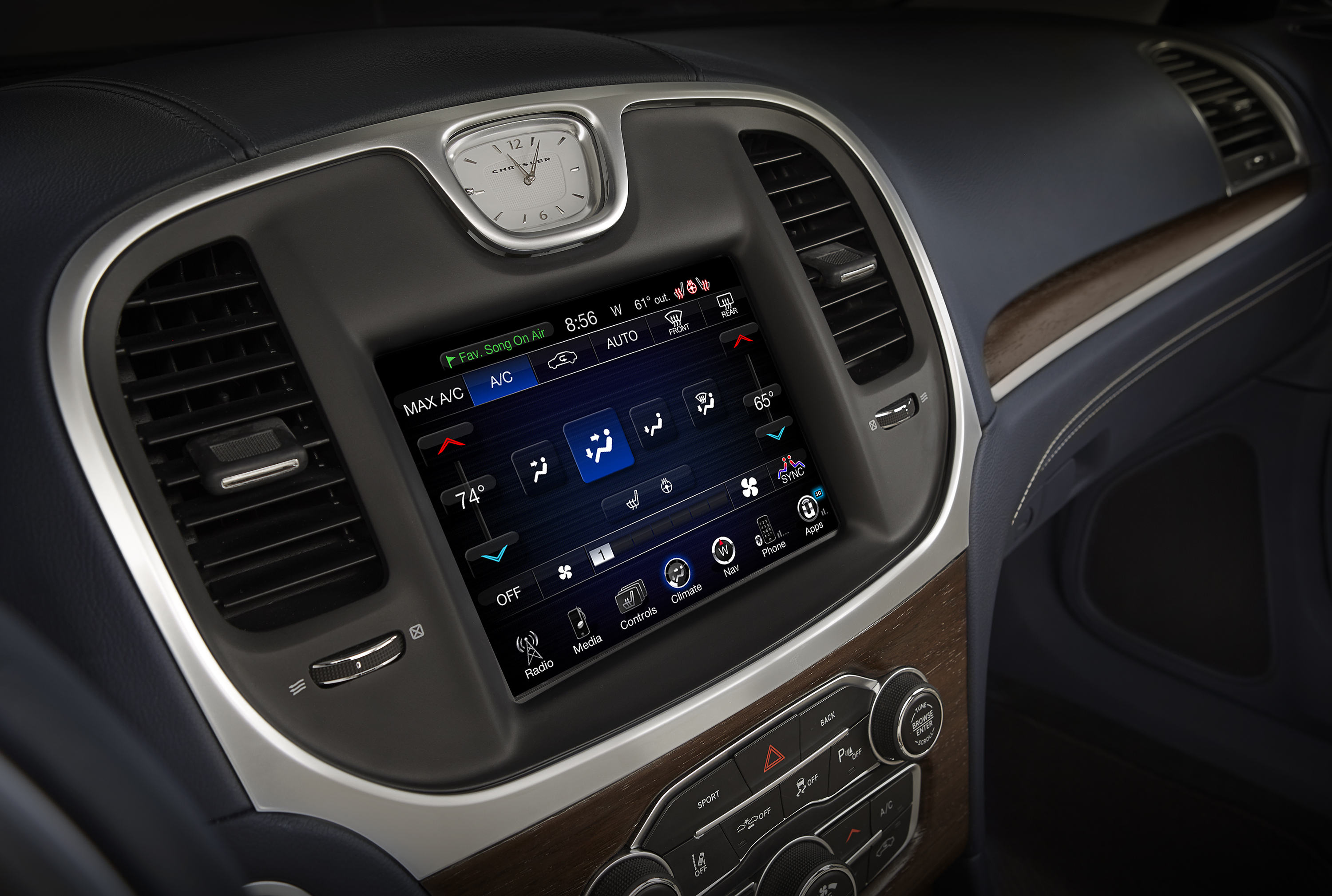 That it’s the only non-Apple CarPlay/Android Auto system in this list should tell you a lot about how good UConnect is. And having said that, the next generation of this system will have functionality for both systems when it launches in the summer of 2017.

In 2015 we noted that “UConnect’s greatest trick is invisible. You can’t see it, some people don’t even know it’s there at first, but it’s brilliant. Around the back of the spokes, right where your fingertips fall, are a set of multi-function buttons. Three on the left, three on the right. The middles ones control either audio input mode, or preset channels. The others control audio volume and song/station tuning.” And this remains a feature that we feel is class-leading.

UConnect also boasts the most beautiful, colourful, vibrant and fun graphics in the business. There are even cheeky Easter eggs, like images of Willy’s Jeeps or little Fiats, nestled in the many pages. No system is easier to use, and none as interesting as UConnect. With Apple CarPlay and Android Auto added you can expect this system to jump back to the top of our list. 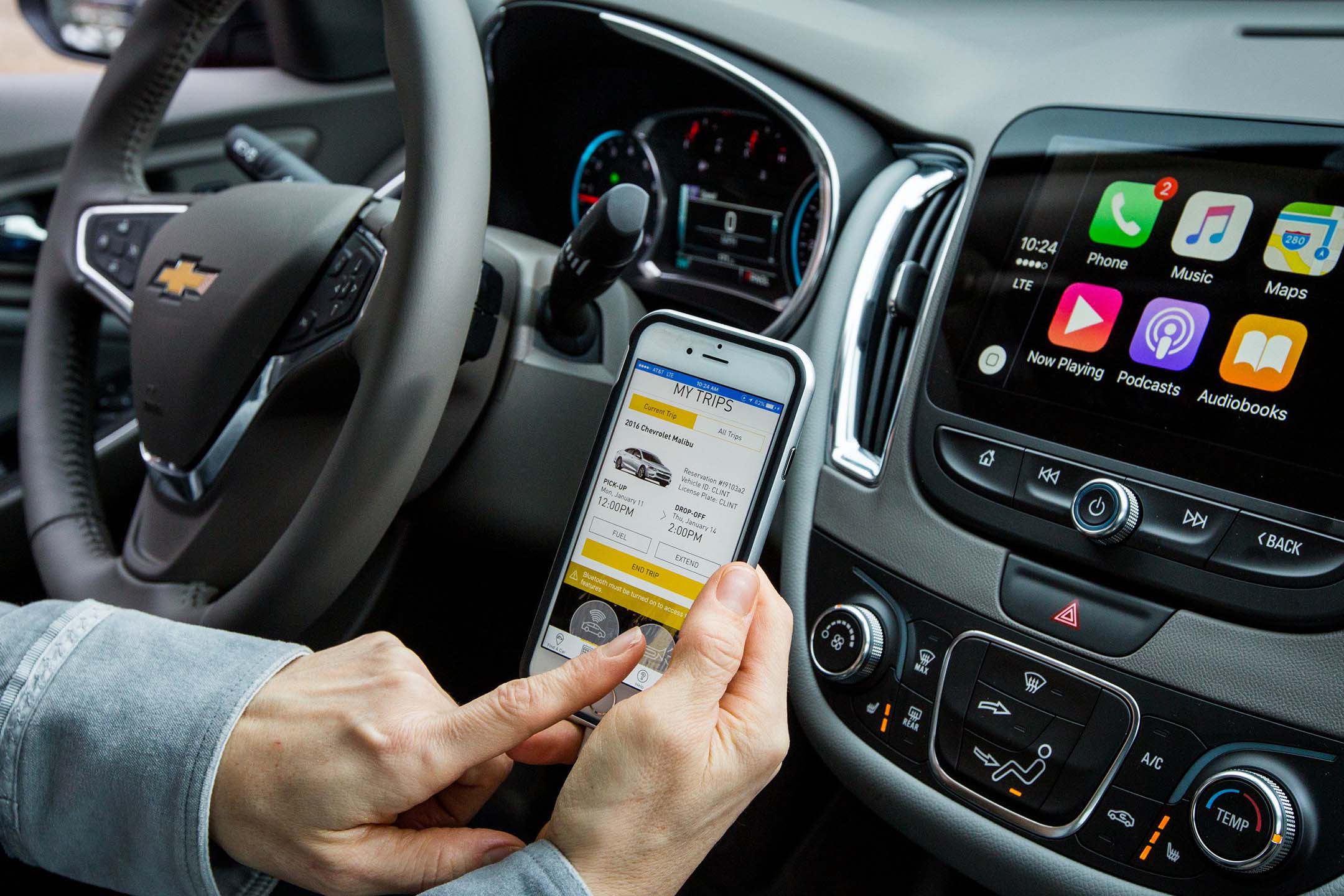 Wi-Fi is a key selling point for General Motors and its offering dominates much of their advertising. But the MyLink system is more than a gimmicky hotspot. Apple and Android connectivity is here too, as well as a touchscreen plus a two-knob/shortcut-button setup that is the perfect blend of simplicity and depth.

There are some really attractive and enjoyable icons in this system and its responsiveness is among the fastest around. The screen resolution is strong too. 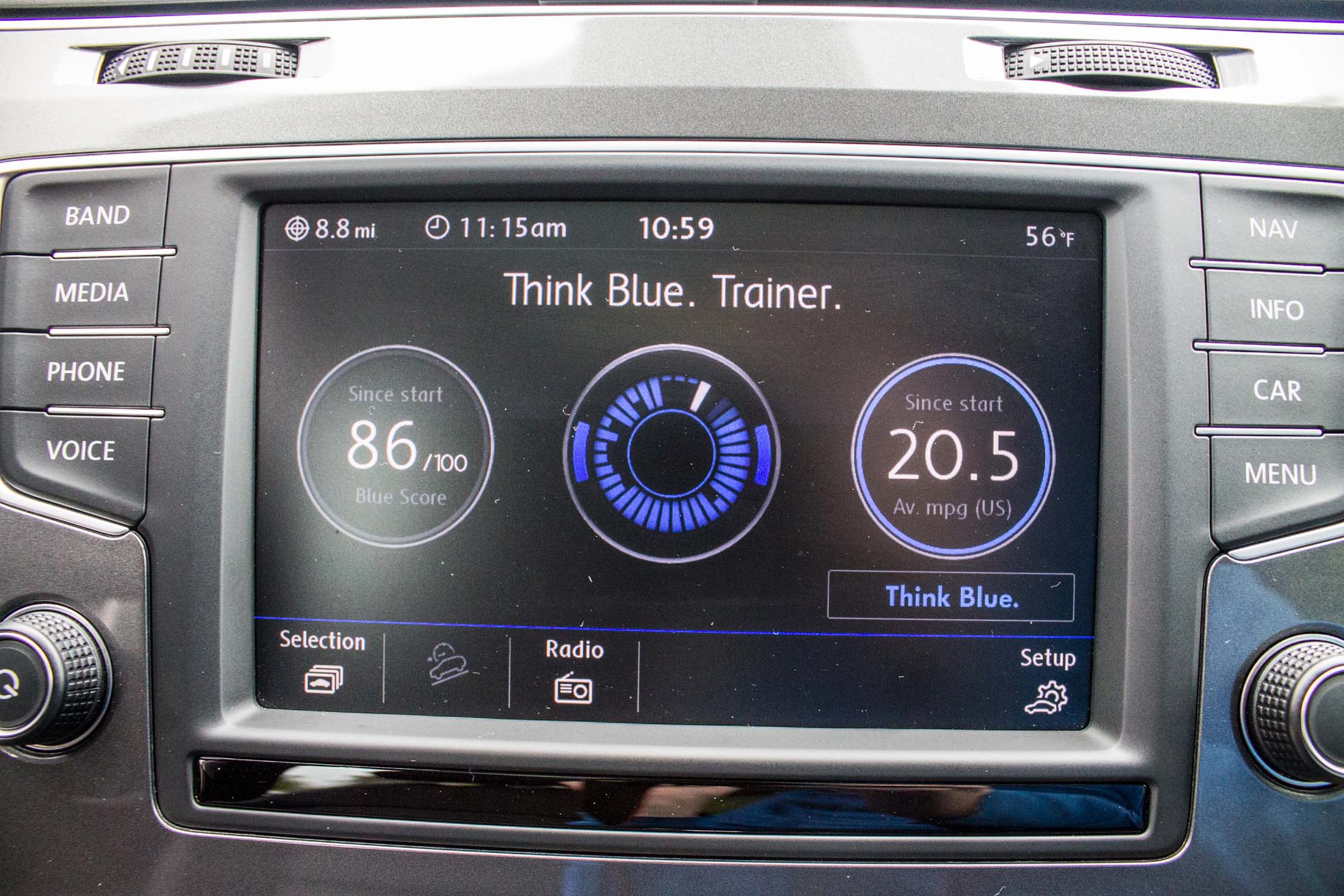 Of note here is the ability for the user to change the behaviour of the steering wheel controls from switching favourites to skipping individual stations. This small nod to user control allows VW to tailor their HMI to each driver.

Like every system here, VW employs a mix of hard buttons, volume and tuning knobs and a touchscreen to handle your audio and navigation needs, and give access to vehicle settings. Does Volkswagen have Android Auto and Apple CarPlay? Of course it does – otherwise it wouldn’t be on this list.

Graphically the VW system is plain and conservative, but the Sirius XM graphic integration gives it a little more visual pop. Volkswagen has also made gains in the speed and responsiveness of its system.