With the popularity of crossovers and sport-utilities, automakers are intent on filling every hole in those lineups. Among the latest is the all-new 2021 Kia Seltos, slotting between the smaller Soul and larger Sportage.

While I’m not entirely sold on the gaping lower grille, the Seltos is a handsome piece overall, with good proportions and stance. I also like my tester’s double-spoke wheels more than the Y-shaped spokes on the trim levels above it. The rear is well-done, with a wide strip tying the taillights together.

The cabin’s design is clean and simple, although the tablet-style screen looks a bit low-rent sticking up from the dash. Its glossy piano-black lower bezel is meant to add a touch of flair, but what it actually adds is glare – when the sun hits it, it’s blinding. In bright sunlight, the large speaker grille in the dash casts an annoying reflection on the windshield, too.

As of this writing, the Seltos hadn’t yet been rated by the National Highway Traffic Safety Administration (NHTSA) or the Insurance Institute for Highway Safety (IIHS) for crashworthiness (and I wasn’t about to do it!). All trims come standard with blind-spot warning, cross-traffic alert, safe exit assist (which warns if you’re about to open a door when something’s coming up behind you), rear occupant alert (a reminder to check the back seat if you opened a rear door earlier), and the rearview camera that’s mandatory on all new vehicles.

My EX tester further added emergency front braking, blind-spot avoidance assist, lane-keeping assist, and lane-follow assist, which chirps if the vehicle in front has started moving – and I hope no one uses that as an excuse to stare at the phone at a light. The EX Premium adds lane-centring assist with adaptive cruise control for semi-autonomous operation. When I activated lane-keeping, my tester obediently kept to the middle and did a very good job of it, even on curves. However, I didn’t have the adaptive cruise control, and it seemed odd to have one without the other.

I love the size of the Seltos: roomy for two, handles four (or five if the rear-seaters are sufficiently thin and friendly), and small enough to squeeze into tight parking spots or spin around traffic.

There’s a decently sized cargo compartment and with a low lift-over to get your goods into it. For small items up front, you get a deep cubby in the centre stack and large door pockets, although the lidded cubby console is tiny.

Entry-level vehicles are usually big on simplicity, and I am, too. The Seltos has a dial for the cabin temperature, and I’d like one for the fan speed as well rather than the toggle buttons it features, but that’s one of the very few missteps. One thing I really like is three automatic climate control settings. I like auto and my Designated Passenger does not, because he hates the sound of the fan running too high. With the Seltos, I could put it on auto with the lowest setting, which kept both of us happy.

The infotainment system has hard buttons to get you to the functions, and large icons to tap once you get there. There are more buttons and dials surrounding the gearshift lever, handling the heated seats and steering wheel, drive modes, and the all-wheel drive lock function.

Most trims, including my tester, use a 2.0L four-cylinder engine that makes 146 hp and 132 lb-ft of torque. It’s mated to an automatic continuously variable transmission, which most know as a CVT, but Kia calls an IVT, for “Intelligent.”

Acceleration can be leisurely, and if you want more grunt, you’ll have to move up to the SX Turbo and its turbocharged 1.6L four-cylinder, making 175 hp and 195 lb-ft of torque. That engine mates to a seven-speed dual-clutch transmission, an automatic that shifts much faster than a conventional unit. But really, for most daily-commute driving, the 2.0L gets you where you’re going just fine. And if I’m planning on keeping a vehicle for a while, I like the long-term simplicity of a non-turbocharged engine.

Most of that score is for the front seats, which are about average for a vehicle in this entry-level field. They’re definitely not spectacular, but they get the job done. But the rear seats are rock-hard, as I was told when I put a couple of people back there. Those of us up front are short of stature and so we had our seats moved up, which gave our rear-seat companions a bit more space, but when the front seats are shoved back, the back chairs get cramped.

The ride is also pretty much what you’d expect for the segment: fine on smooth roads, but rougher-road bumps make their way to the occupants. The cabin tends to be noisy, too.

Between the Seltos’ compact size and its steering response, this is a pleasant little driver. There isn’t much steering feel, but the response is quick and accurate. The transmission is a step up from most CVTs; it’s engineered with a series of steps to feel more like a conventional unit, with none of the rubber-band sensation that these can sometimes have. Under most circumstances, you won’t even realize it’s a CVT. The drive mode dial gives you normal, sport, or smart, which determines how you’re driving and adjusts to regular or sportier operation as needed.

The all-wheel drive primarily powers the front wheels, transferring to the rear as needed. Similar systems in this segment are usually 100 per cent front, but the Seltos always sends five per cent of power to the rear. Kia says that’s a “torque transfer shock absorber,” so it’s smoother when the power transfer happens. There’s also an AWD lock that puts equal power to front and rear for sticky situations at low speeds, such as an unplowed driveway. When you reach 60 km/h, the Seltos goes back to its usual AWD operation.

That stacks favourably to its compact all-wheel competitors, most of which meet the Seltos’ fuel numbers or are slightly above them, such as the Buick Encore, Honda HR-V, Toyota C-HR, Mazda CX-30, and Hyundai Kona.

Starting at $24,995 with all-wheel drive, the Seltos seems a solid choice. At $27,595 my tester felt a bit plastic-heavy, but the number of features made up for it. And moving up to the EX Premium would have given me such items as navigation, cooled seats, adaptive cruise control, and an auto-dimming mirror and still been under $31,000, which definitely seems fair.

I’m fond of intelligently sized, well-featured crossovers, and for that, the Seltos delivers. Its small engine isn’t the quickest on its feet, and you won’t want to spend a lot of time in those rear chairs, but it’s nice to drive, fits well into tight spaces, and I could get a lot of cargo into it. Overall, especially for couples or small families, this one’s a winner. 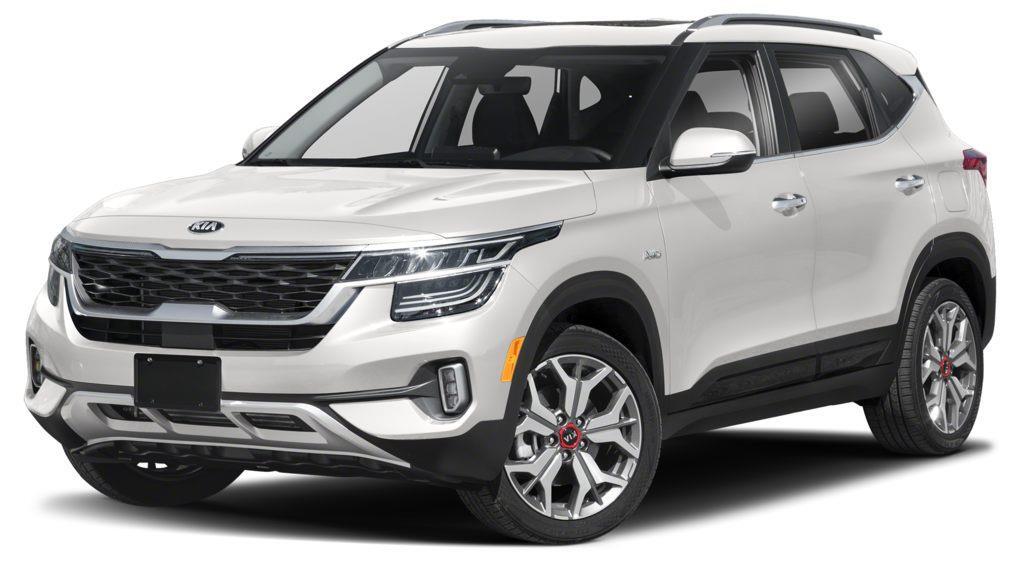 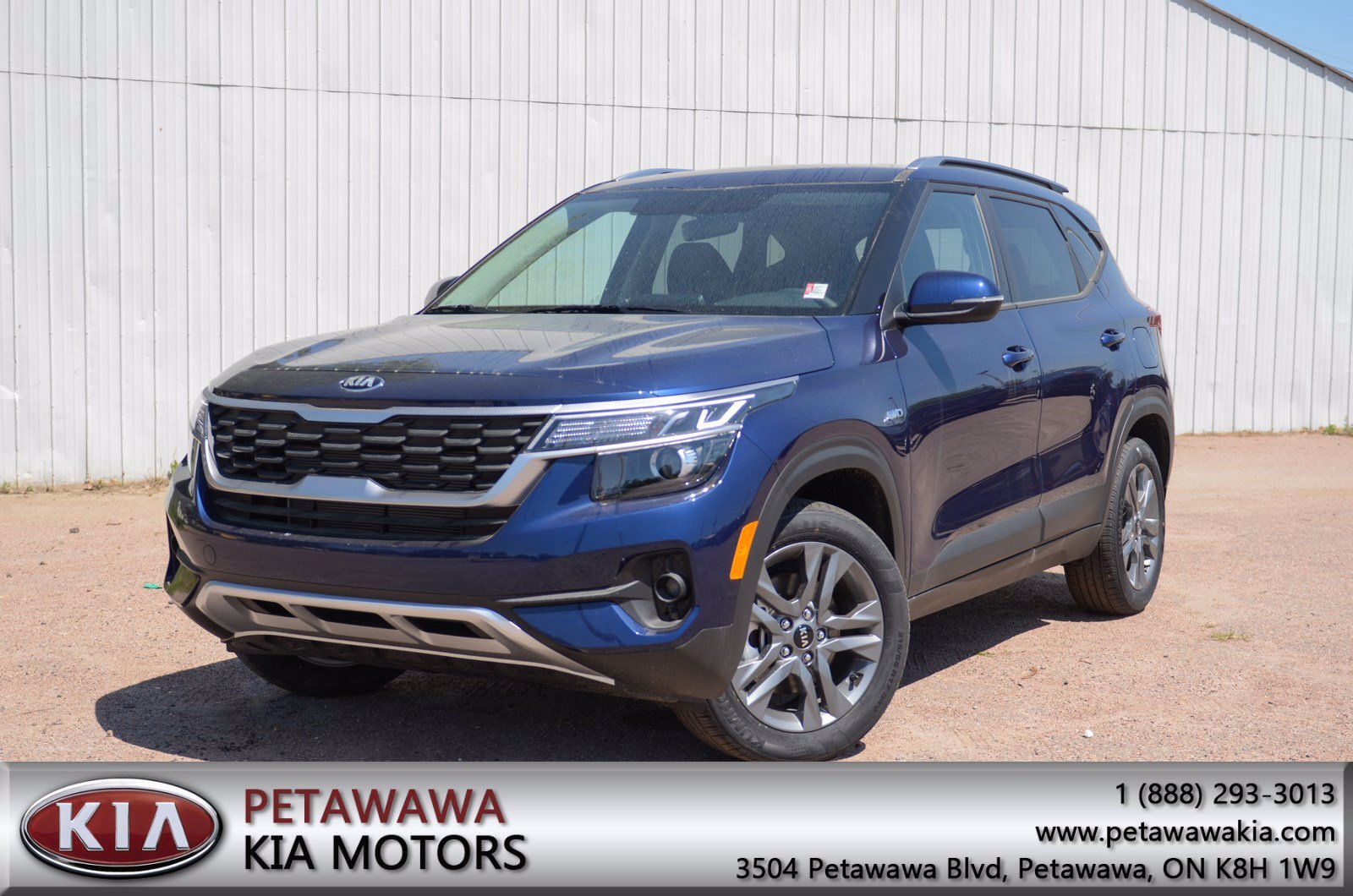 All Articles by Jil McIntosh

Jil McIntosh writes about new cars, antique and classic cars, and the automotive industry. A member of the Automobile Journalists Association of Canada (AJAC), she has won several awards for her writing, including Journalist of the Year in 2016. In addition to testing new vehicles, she owns two from the 1940s.