After years of being the only all-wheel-drive sedan on the block, the Subaru Legacy suddenly has some serious competition.

Taking square aim at Subaru’s long-standing entry in the segment is the Toyota Camry, though the automaker hasn’t gone all-in on all-wheel drive, offering it exclusively with the base four-cylinder motor.

Far from one-trick ponies, four-wheel traction isn’t all these segment mainstays are good at, with both offering up solid driving dynamics, good style, and excellent value.

The Subaru has a pretty conservative design. Some would call it downright bland, while others may contend that a car doesn’t need to look outrageous to look good. In my eyes, the Legacy stops short of being called attractive in any way, save for its silhouette of a stereotypical sedan. A straightforward three-box design, the Legacy features black surrounds around the taillights and some provocative angles with its headlights. Otherwise, if you want to be impressed by this Subaru’s styling you’ll have to look inside.

The Camry is all kinds of crazy, adopting Toyota’s latest design language with confidence. There’s an abundance of angles in the body and Toyota has a few aero-inspired fins and cut-outs hidden throughout the design as well. Most SUVs are bulky, making this alternative a sleek and stylish option.

While the Legacy struggles to make an impression with its exterior design, the vehicle manages to shine with its interior, especially in the top trim with its tan leather upholstery. While the large touchscreen infotainment system dominates the dashboard, the finish of the switchgear and materials is nice. Subaru manages to hide the less-desirable and lower-quality bits well, and there are limited squeaks and rattles in the cabin. [The opposite was true of the one tested against the Honda Accord earlier this year. – Ed.] However, the clean design means that many controls are hidden within the large touchscreen, and actually using it is a different story.

The Camry features an attractive cabin and it’s one that draws comparison with sister brand Lexus in some cases. The swoopy, asymmetric dash design and use of stitched leather really bring that similarity to light, but there are a few areas where the interior is lacking. Namely, the switchgear and layout feel a bit dated and less refined than the Subaru’s. While the Legacy feels premium and solid, the Toyota feels a bit sportier in its interior style.

If you’re looking for an all-wheel-drive vehicle with plenty of cargo space, the smart choice would be an SUV, but those set on either of these sedans will be pleasantly surprised by what’s offered in terms of trunk space. Both boast the same 428 L, which is plenty. Both also feature 60/40 folding rear seats, which helps to haul longer items – although the opening between the cargo and passenger areas in the Toyota is fairly narrow by comparison.

In terms of accommodations, I find the Legacy to be a bit more generous with head- and legroom in the front seats, while the Camry offers slightly better headroom but worse legroom in the rear. The less dramatic design also leads the Subaru to feel like it has bigger windows and a more airy cabin as a result, although the large sunroof of the Camry certainly helps brighten things up, too.

If you want the most fully loaded Camry, you have to opt for the XLE, which has a few more luxury and convenience features over the sport-oriented XSE trim. For example, the XLE comes with navigation, an upgraded sound system, and 18-inch wheels with more rubber, while the XSE model features a sport-tuned suspension system, paddle shifters, 19-inch wheels with low-profile tires, and a more aggressive-looking grille.

Those looking at the base all-wheel-drive Camry, meanwhile, will find features like heated seats up front, automatic high-beams, a seven-inch touchscreen infotainment system, and LED headlights.

The Legacy comes in six trim levels, of which I tested the top-of-the-line Premier GT model. It’s easily identifiable by its chrome accents on the exterior, like the door handles and mirrors, and its dual exhaust tips, which hint at the upgraded power under the hood.

The large infotainment system that dominates the dashboard is found on all trim levels except the base Convenience model, where you’ll find a pair of seven-inch screens instead. The good news is that all infotainment systems feature Android Auto and Apple CarPlay support. The Premier model separates itself from the Limited model with that gorgeous Nappa leather, as well as vented front seats, a CD player (really, who needs one of these nowadays?), a front-facing camera, and an additional safety system that help prevent distracted driving, and uses facial recognition to store seat and mirror settings.

The Limited models include great features like a heated steering wheel, an upgraded sound system, dual-zone climate control, push-button start, leather seating, and heated rear seats. Furthermore, all Legacy trims get handy features like LED headlights, automatic climate control, and heated seats. It seems like the base Legacy has more features than the base Camry, while the higher trim levels offer a few exclusive items, like wireless phone charging in the Toyota or ventilated seats in the Subaru.

Although the Camry is offered with three distinct powertrains – four-cylinder, six-cylinder, and hybrid – the all-wheel drive system is only offered with the four-cylinder. The 2.5L engine makes 206 hp and is paired to an eight-speed automatic transmission. The all-wheel drive system can send up to 50 per cent of the available torque to the rear wheels when needed, but can also forgo sending any power rearward in order to save fuel. While the four-cylinder is adequate, it is loud and buzzy when you ask it to deliver peak performance. The option for more power would have been nice, especially as that’s one thing that helps set Subaru apart in this segment.

The Legacy comes with a base 2.5L flat-four-cylinder engine, which makes 182 hp and 176 lb-ft of torque, or an optional 2.4L turbocharged flat-four that makes 260 hp and 277 lb-ft of torque. The base engine is almost as good as the Toyota engine in terms of power delivery and performance, however, the engine found in GT models is fantastic in this application, letting the boring-looking Legacy sprint everywhere it wants to.

Both engines are paired to a continuously variable transmission (CVT) and an always-on all-wheel drive system. In the past, CVTs have been criticized for being noisy and unnatural, but Subaru has refined the way its units operate. Off the line, the vehicle feels agile and speedy, but the CVT settles quietly once you’re cruising. Call for power for a pass and it wakes right back up again with little delay. If drivers want a more conventional feel, they can use the paddle shifters to switch between eight pre-set ratios, though the effectiveness of that setup is less convincing.

The XSE and XLE models of the AWD Camry are rated by Natural Resources Canada (NRCan) at 9.5 L/100 km in the city, 7.0 on the highway, and 8.4 combined. The SE and LE models are a bit more fuel-friendly, but only marginally so.

If you’re currently in a crossover, stepping into one of these sedans is a great reminder of how fun driving can be. Both feel far more agile, responsive, and engaging than any related crossovers, so if that’s what you’re after you’ll find it here.

Of the two, the Camry seems sportier, though the XSE model I tested is outfitted with a sport-tuned suspension and low-profile tires to provide a bit more road feel. This comes with a slight cost to ride comfort, though it’s still a comfortable cruiser even for longer trips. The only time driving the Camry isn’t exactly enjoyable is when you’re in a hurry. Any attempt to extract the most out of the 2.5L is met with a buzzy howl of the engine, and the transmission seems hesitant to take the car to that level. This means the Camry is best suited to puttering around at a meek pace but still feels agile in the corners.

The Legacy also feels responsive but without the edginess that the Camry has on the road. It’s far softer, with a ride that seems floaty in comparison to the Toyota. It provides an excellent initial response, though it gets a bit less confident in tight combinations of turns and twists. The cabin is quieter, the engine is more responsive, and the steering feels well balanced, though, making it just a touch more appropriate for the everyday commute than the Camry.

Both vehicles put safety at the forefront, with plenty of standard driver aids and crash prevention systems. The base safety system in the Camry features automatic high-beam headlights, a pre-collision system with pedestrian detection, a lane-departure alert with steering assistance, and adaptive cruise control. Higher trim levels feature a blind-spot monitoring system, rear cross-traffic alert, and an adaptive cruise control system that can bring the car to a complete stop and start moving again on its own.

The Legacy’s suite of safety equipment is just as robust and comes equipped on base models as well. It includes pre-collision braking, adaptive cruise control, lane-centring assist, lane-departure warning, lane-sway warning, and lane-keep assist. Blind-spot monitoring and automatic rear braking are found starting on the second-lowest trim level (Touring), while top-trim Premier models feature DriverFocus – a system that utilizes a facial recognition camera to determine when you aren’t paying attention to the road, and reminds you to stay focused. That may seem like an overbearing nanny, and it can beep for what seems like harmless offences, but I suppose that means it’s working.

It should come as no surprise that both vehicles come with the Top Safety Pick+ rating from the Insurance Institute for Highway Safety (IIHS), which is the highest award a vehicle can receive.

On the other hand, the Legacy starts at a modest $26,395 for the base Convenience model and $30,295 for the better-equipped Touring model. The Limited model costs $34,295 while the Premier can be had for $36,295. All of those examples are equipped with the 2.5L engine. The turbocharged engine is only found in the Limited and Premier trims, at $37,095 and $39,095, respectively. While these prices don’t include Subaru’s $1,650 freight fee, but whether you’re shopping on the low or high end of the price spectrum the Legacy seems like a smarter purchase.

The base Legacy is more affordable than the Camry AWD, while the Premier GT model is ever so slightly more expensive than the Camry XLE AWD, but comes with a hefty amount of power and torque as well.

Keeping this conversation focused on all-wheel-drive sedan offerings is important. The Camry range is pretty robust, and many of our editors would have no issues recommending the hybrid variant to sedan shoppers. However, buyers who need an all-wheel-drive sedan will be better off looking at Subaru’s offerings over Toyota’s. If you can get over the bland styling, the advantages of the Legacy are the impressive interior, the distraction mitigation system, the optional engine, and the softer, more comfortable ride. 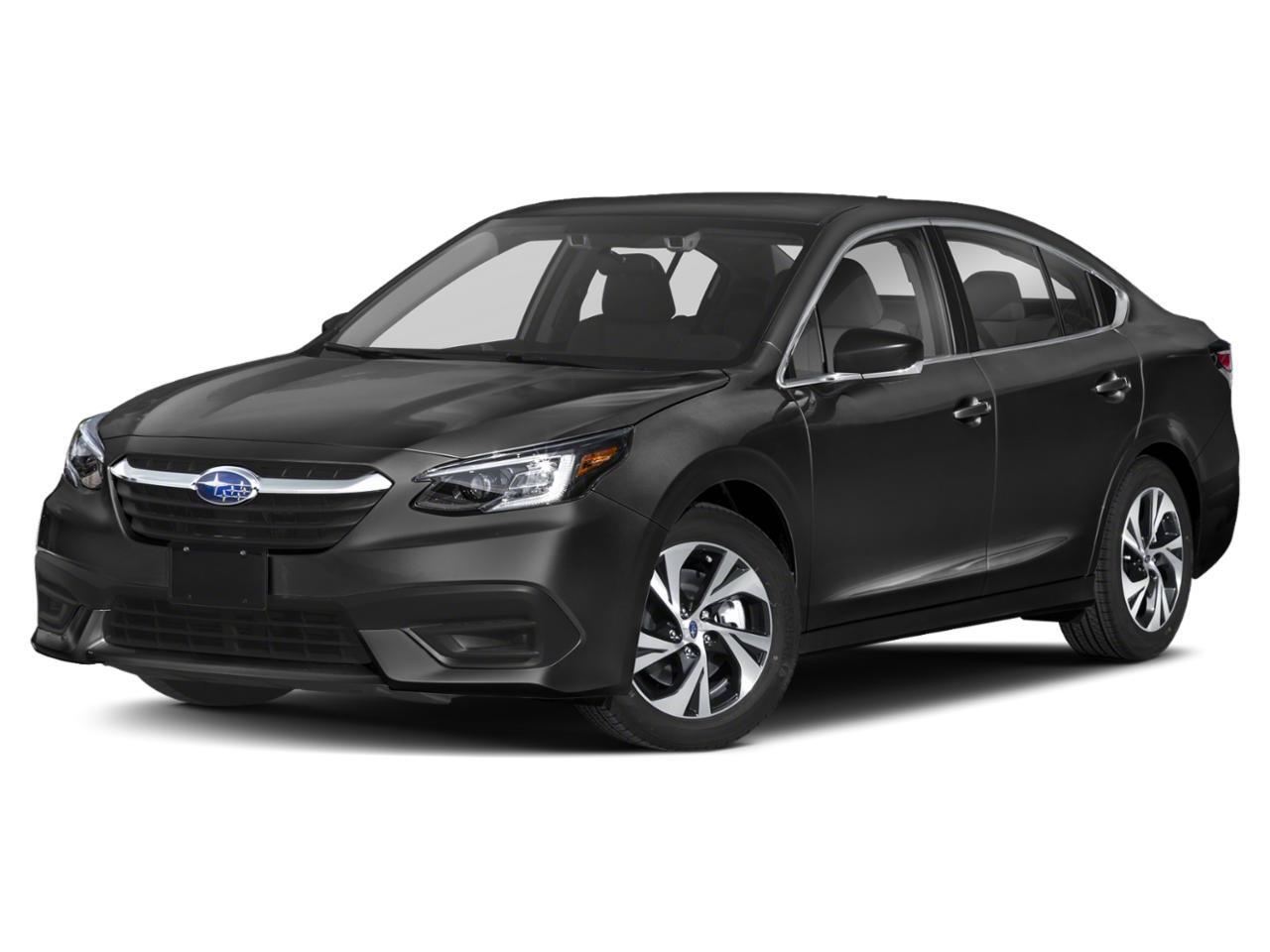 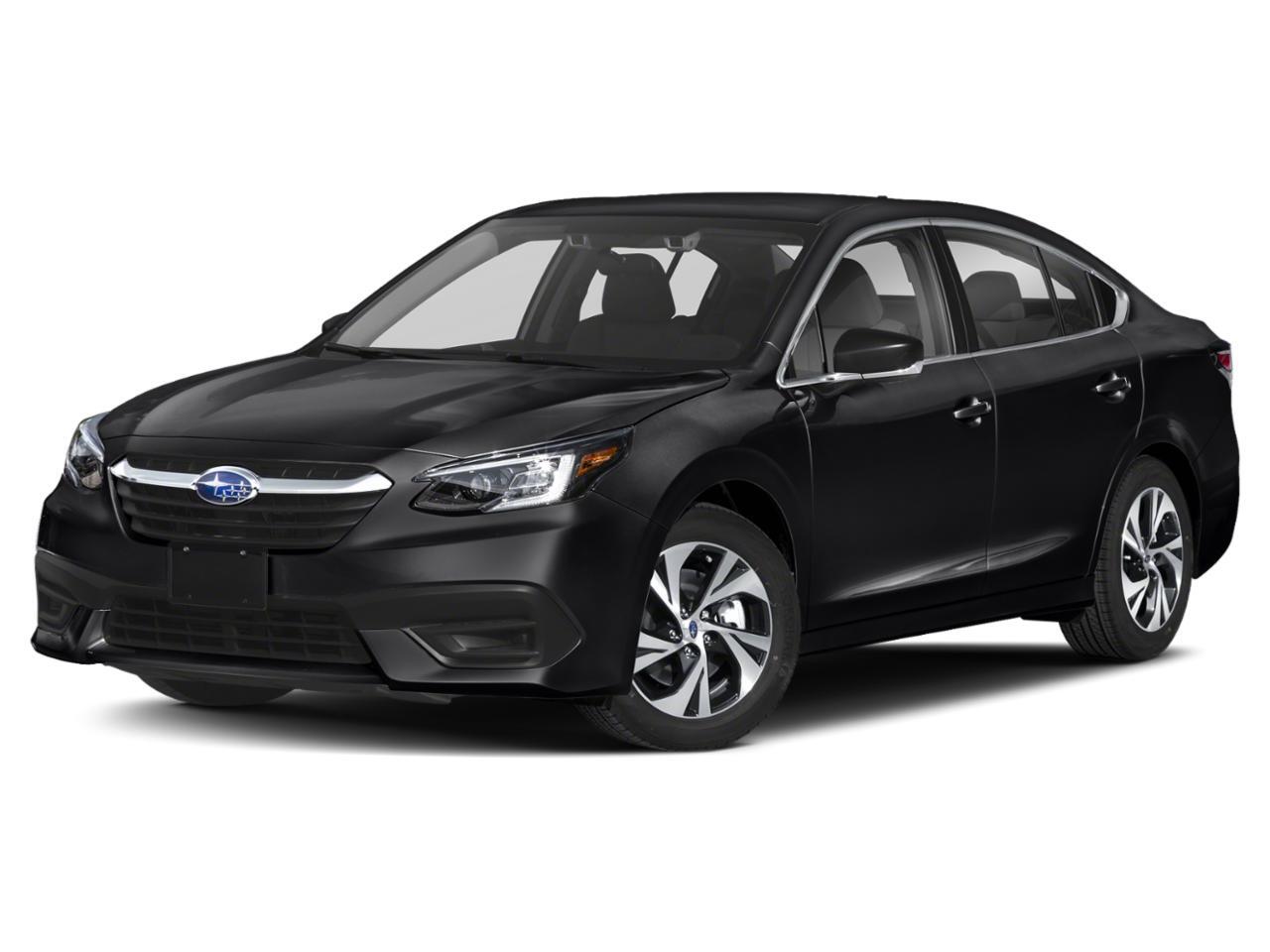