Considering the level of popularity crossovers have reached in recent years, the rather limited number of hybrid models on the market remains something of a surprise.

Looking at the compact category, there are only two conventional versions to choose from. Yet the 2020 Ford Escape Hybrid manages to stand out for its effective blend of efficiency, versatility, and value.

Like the Toyota RAV4 Hybrid, this Escape employs a 2.5L gas engine that runs on the highly thermal-efficient Atkinson cycle. Fancy though it may seem, the principle essentially means prioritizing efficiency over power density. This is achieved through unique valve timing that simulates the use of an expansion stroke that’s longer than the compression one – a key tenet of the technology that dates back nearly 140 years.

By keeping the intake valve open during the compression stroke, the effective compression ratio is reduced and the engine doesn’t have to work as hard to move the piston. The downside is that power density isn’t as high as a conventional four-stroke engine – particularly lower in the rev range. But the trade-off is that it’s incredibly efficient since it requires less energy to operate.

On its own, the four-cylinder generates 165 hp and 155 lb-ft of torque – low by today’s standards, with the exception of the base four-cylinder in the Mitsubishi Outlander. Yikes. Making up for the lack of low-end torque is an 88-kW electric motor, the pair producing a combined system output of 200 hp and working in unison with a 1.4-kWh lithium-ion battery pack that’s nestled beneath the back seat.

Despite being better suited to gentle, efficient cruising, the powertrain is capable of providing a somewhat surprising level of responsiveness. No, it’s not as quick as the Escape powered by the 250-hp 2.0L gas engine, but without that motor’s turbo lag the hybrid model feels slightly more snappy. Its continuously variable transmission (CVT), too, is well sorted and swift to react to throttle input without the strained, rubber-band sensation typical of this type of automatic.

Not much effort is required to drive the Escape Hybrid in a relaxed manner either, which is, of course, how it’s best enjoyed. The steering system is limber without feeling too light, resulting in a rather manoeuvrable ride. It’s only the regenerative brakes that can be a bit jarring, biting hard at the top of the pedal before progressively bringing the more than 1,678-kg (3,700-lb) crossover to a halt.

Ford has done an outstanding job of adding a dimension of engagement to the drive through various gamification efforts. While they can be shut off – or simply ignored – each of them makes efficiency an immersive experience. Foremost among them is a braking coach function that provides feedback about how much energy has been recovered each time the Escape is brought to a halt. The simple prompt on the digital gauge cluster shows a score out of 100 per cent; the higher the better.

The trip meter can also be called up to track how many of the total kilometres travelled have been emissions-free, or the screen can be swapped to provide a live look at how efficiently the Escape is being driven. It’s a kind of fun and friendly way to make the most of the hybrid ownership experience.

The infotainment system is equally as approachable, though it isn’t without its issues. On one occasion during testing, the system rebooted itself, with the screen and audio shutting down temporarily while cruising on the highway. The standard Apple CarPlay also refused to connect at least a few times – a problem encountered with most Ford models tested by autoTRADER.ca in recent months.

Otherwise, occupants are met with a simple centre stack complete with straightforward controls for HVAC and audio. Switchgear on the console, too, is big, basic, and easy to understand. There’s a rotary gear selector – not this author’s favourite type of transmission control – and large buttons for drive mode selection and various parking-related functions.

The driver’s seat doesn’t just provide easy access to those controls and more, but it also offers outstanding outward visibility in all directions. Accessing any one of the Escape’s seats, meanwhile, is about as car-like as any crossover on the market. There’s no need to climb up and into the cabin – simply slide right in. While the rear door openings aren’t quite as wide as some competitors, that’s a small nit to pick for what’s a rather versatile little CUV.

It’s nowhere near as big and boxy-looking as the RAV4, the Escape instead settling for styling that’s far more car-like. This latest generation’s design has been something of a polarizing subject, but it’s certainly sleek in a segment of pseudo-brawn. There’s also nothing but a tiny badge on the tailgate to tell the hybrid apart from others in the Escape lineup. It doesn’t boast the most stylish cabin around, but it’s a clean aesthetic that’s not too cluttered.

Ford has managed to make the most of the space inside the Escape, with enough room for a family of four to fit comfortably. Even second-row occupants will find adequate head-, shoulder-, and legroom, while the entire back bench can be slid fore and aft for more cargo capacity – an under-utilized feature in the segment.

Outright cargo volume comes up short of the RAV4 Hybrid, but only barely. There’s 869 L behind the back seat, though that number grows to 974 L with it slid forward. Once folded, the total cargo area expands to 1,722 L, with a wide opening all the way to the front seatbacks. The cargo area isn’t quite as wide as the RAV4’s, but there’s plenty of space for most jobs (it swallowed an average-sized desk and chair during testing with ease).

The leather-upholstered seats are supportive and provide 10-way power adjustability for the driver and six-way movement for the passenger. Both front seats are also heated, though they can’t be had with ventilation – a disappointment given the feature comes in its Toyota rival’s top trim. Ditto heated rear seats, which don’t come in the Escape. However, the dual-zone automatic climate control system is quick to cool – or heat – the cabin, with vents on the back of the centre console to keep additional occupants comfortable.

The rigid and clunky ride quality noted in the 2.0L turbo-powered Escape is nowhere to be found here, with excellent suspension damping at all four corners. Even when driven with some gusto this Ford remains cool and collected, with little body roll and almost car-like handling. Only large cracks and deep manhole covers manage to upset what’s an otherwise composed crossover. That poise is complemented by how quiet the cabin is, with little road noise interrupting the drive.

One of the Escape Hybrid’s highlights, however, is the smooth way in which its powertrain operates. It all but silently switches between power sources in most scenarios, the gas engine making its presence known only when the throttle pedal is pushed to the floor or the drive mode is set to sport. While the noise is noticeable outside when the gas engine kicks in at idle, it’s a dull clatter that’s no worse than the average gas-powered crossover, just different.

Given how little the gas engine is heard, it should come as no surprise that this Escape is one efficient little crossover. Official numbers from Natural Resources Canada (NRCan) peg the all-wheel-drive version tested at 5.5 L/100 km in the city, 6.4 on the highway, and 5.9 combined. Despite the vast majority of the mileage being accumulated on the highway during testing, the final tally came in at 5.6 L/100 km over 770 km. Better still, according to the trip computer, a little more than 40 per cent of those were completed under pure electric propulsion – this despite the lack of dedicated electric driving range like the plug-in hybrid model.

Unlike the RAV4 Hybrid, which uses a rear-mounted electric motor to provide four-wheel traction, the Escape’s optional all-wheel drive is the same mechanical system used in non-hybrid models. The differences between the two will hardly be noticed in everyday driving, with both operating in front-wheel drive until additional traction is needed.

Alongside a package that groups together a head-up display, panoramic sunroof, and an additional power outlet, all-wheel drive is the only differentiating feature to choose from; otherwise, the Ford Escape Hybrid comes only as one well-equipped model, the Titanium.

Ford’s Canadian website also claims a wireless phone charger is included, too, but there was nothing to indicate one was actually in the unit tested. A Ford spokesperson confirmed that one is included in those built more recently, but fourth-gen. Escapes that rolled off the assembly line early in the production run did not include the feature.

It is, however, decked out with just about every advanced safety feature Ford offers, up to and including a self-parking system. There’s blind-spot monitoring, lane-keep assist, front automatic emergency braking, and automatic high-beams. There’s also a government-mandated back-up camera that works with some parking sensors front and rear to keep tabs on what’s happening around the vehicle.

Adaptive cruise control with stop-and-go traffic functionality is also along for the ride, and it works well to progressively slow down and speed up without causing panic. The rest of the advanced safety stuff works well, too, with the exception of the lane-centring function that fights to keep the Escape in the middle of lane markings (as the name would suggest). While that’s perfectly fine most of the time, its propensity to push back against what the driver wants to do – say, move closer to the outside line to give an approaching big rig more room – can be cause for some unnerving moments.

One of the Escape Hybrid’s finest features might well be its selling price. While the cheapest version is front-wheel drive, it’s only $1,500 to add all-wheel traction, pushing the asking price to $38,149 before freight, fees, and taxes. That’s $2,000 less than the gas-only Titanium trim, making the hybrid a compelling case in value.

While the RAV4 Hybrid is offered four different ways and starts at $32,350 before the same extras are applied, it’s the loaded Limited version that’s the closest competitor to the Escape Titanium Hybrid. For its $42,750 asking price the Toyota’s top trim includes ventilated front seats, heated rear seats, and a 360-degree camera system, but lacks the Escape’s self-parking system and Wi-Fi hotspot.

While opting for the upgrade package that adds the panoramic roof is certainly no slam-dunk decision at $2,300, doing so still undercuts the Toyota by more than $2,000 – and that’s before any available incentives are applied. The model tested here rings in at $42,299 before tax. That’s not especially cheap for a compact crossover, but considering how it compares to gas-only models – including its fellow Escape Titanium that runs on gas alone – it’s at least competitive.

The Ford Escape that was redesigned last year has proven itself a massively improved model over the one it replaced. While it doesn’t exactly excel in any one category, its jack-of-all-trades approach managed to impress the team at autoTRADER.ca enough to emerge victorious from a comparison with the RAV4, Honda CR-V, and Mazda CX-5.

The gas-only version is certainly good, but this Ford Escape Titanium Hybrid truly makes it great. It’s priced right, comes well-equipped, and burns less gas than a subcompact city car – all without sacrificing space in the process. 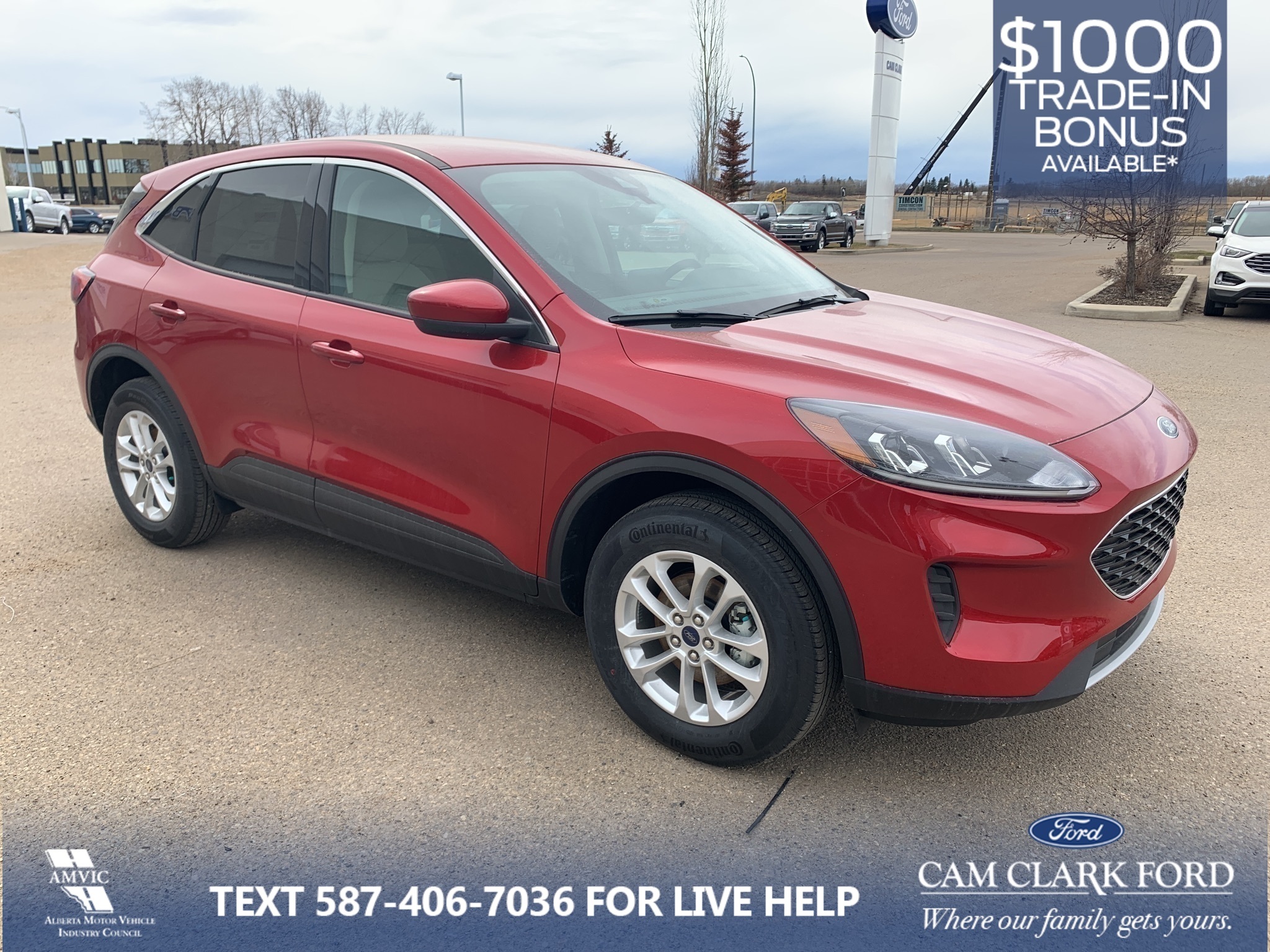 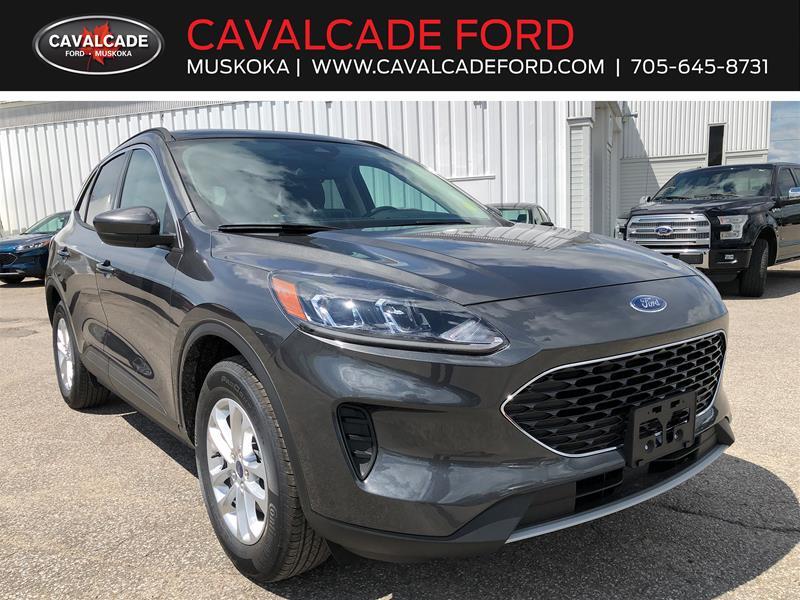