The 2020 Volkswagen Atlas Cross Sport is an interesting and possibly confusing entry into the already crowded yet constantly expanding SUV market.

Like a certain delinquent blonde who had a habit of breaking into the homes of large forest animals then eating their food and sleeping in their beds, the Atlas Cross Sport buyer might be looking for something that’s just right.

Despite the first impression that the Cross Sport would be less practical than its three-row fraternal twin, the Atlas, this crossover impresses with its roominess and ample storage.

Inside, there are many generously sized places to stash stuff. Up front, there’s a huge centre console bin that fit my bag with room to spare, huge pockets in the doors to hold water bottles, a deep spot ahead of the gear selector for wallets, phones, and keys, and a large rectangular tray on top of the dashboard where my mom would probably put a tissue box.

The Cross Sport does away with the third row of seats that comes in the Atlas and adds a sloping roofline, as is so chic these days. Naturally, there’s a bit of practicality lost as there’s room for fewer people, but seeing as the third row in most households barely gets used, its loss shouldn’t make a huge difference.

Behind the second row, the Cross Sport holds 1,141 L of stuff, which expands to 2,203 L with the seats folded down. In the regular three-row Atlas, there’s 1,572 L with the third row folded and 2,741 L with all the rear seats folded down, so the difference is significant, but what you’re left with is still massive. The seats are also easy to flip down, though I would like to see an electric option to do it automatically to make the convenience next-level.

There are also large wells at either side of the trunk to keep loose items secure, with one that’s probably large enough to hold a jug of washer fluid. Two grocery bag hooks are also included close to the trunk’s opening for easier access. The trunk has a wide and low opening, so it’s easy to load cargo.

Perhaps more important than the lost cargo capacity is that second-row passengers in the Cross Sport get more legroom – 1,026 mm (40.4 in) versus the regular Atlas’s 955 mm (37.6 in). Even with a taller passenger in front, rear-seat occupants have tons of legroom, and kids should have lots of space to kick around their dirty feet without messing up the seatbacks. The sloping roofline doesn’t impact headroom, with people in the back able to enjoy ample room to sprawl. The front seats also proved comfortable during a few long trips and it was easy to find a good seating position.

I prefer the Cross Sport’s design over the three-row version. The Cross Sport looks more like an SUV and not a minivan disguised as an SUV. [What’s wrong with that, Jodi? – Ed.] In general the proportions look good, but the front end looks a bit bulbous and the trim on the rear bumper that simulates tailpipes is a design trend I would like to see fade away.

Inside, the style is quite basic, but at least it makes sense and is utilitarian. I’m not a fan of all the piano black VW uses, as it gets dusty quickly. A lot of hard black plastic is used inside, which cheapens the feel of the interior.

The Atlas Cross Sport comes standard with all-wheel drive and my tester came powered by the upgraded 3.6L V6 engine that outputs 276 hp and 266 lb-ft of torque, which gets down via an eight-speed transmission. This powertrain is well sorted, with the V6 powerful enough to make the large SUV feel lighter than it actually is and make passing and getting up to highway speeds a drama-free affair. The transmission is also smooth and predictable.

The base engine is a 2.0L turbocharged four-cylinder with 253 hp and 258 lb-ft of torque. I’ve driven an Atlas with the base engine before and found it to be quite sufficient, so I’m not sure I would upgrade to the thirstier V6 if it wasn’t for all the extra features included.

Driving dynamics are perhaps the Atlas Cross Sport’s biggest weakness, which is a surprise, as VW usually has its driving well-sorted. The SUV is huge and drives like its size suggests, so it feels ponderous. There’s a lot of body movement when going through corners and accelerating and decelerating, yet crashing over broken roads, railroads, and potholes really rattles occupants. The SUV is soft but also has poor ride quality, and it reminds me of an old-school truck in that sense.

Steering feel is non-existent. It’s far too light for a vehicle of this size, so you can’t feel what the front wheels are doing at all, and the steering’s lack of heft makes it tougher to keep tracking straight on the highway. Some people like this because it feels more relaxed, but I find it jarring because there’s such a disconnect between what I’m feeling and what the vehicle is actually doing.

The Cross Sport is also a headache to park, as it has big blind spots and sensors that are too sensitive and loud. I figured out later that it does offer a top-down, 360-degree parking camera that makes it easier to park, but a driver can toggle between views and I had it set to the wrong one. The side mirrors are huge but combine with a thick A-pillar to create huge blind spots, making it tough to gauge where the front corners are. This makes the Atlas uncomfortable to pilot in tighter environments like parking garages, alleyways, and in the downtown core.

After about 1,120 km of testing predominantly on highways and rural roads with some city driving sprinkled in, the Atlas Cross Sport was averaging 10.8 L/100 km. Officially, Natural Resources Canada (NRCan) rates it at 14.3 L/100 km in the city, 10.7 on the highway, and 12.7 combined, so its as-tested rating falls in line with its promised fuel economy. To compare, the V6-powered Honda Passport‘s ratings are better at 12.5 city, 9.8 highway, and 11.3 combined.

To improve fuel economy, albeit marginally, the Cross Sport has an engine stop/start system that is very smooth and quiet, however, in practice it doesn’t actually work that well. Even the tiniest bit of movement on the brake pedal will activate the engine again, which is not great because it defeats the purpose – the engine turns back on again almost immediately if your foot even twitches. It needs to be less sensitive to be more effective.

The adaptive cruise works well and is easy to use. Acceleration and deceleration are smooth and feel natural, while the lane-keeping isn’t too aggressive and keeps the hulking SUV tracking straight instead of bouncing between the lines. The system, however, fights pretty hard if you want to give a bigger truck or a cyclist extra room without signalling.

Besides being more difficult than necessary to park, the Atlas Cross Sport is user-friendly for the most part. It’s convenient to be able to unlock any door with the proximity key, and all the buttons and layout inside make sense. Although the eight-inch touchscreen can be slow to respond to inputs and looks dated, Apple CarPlay and Android Auto make it easier to deal with. Certain things, like fuel economy pages, for example, should be easier to find but instead are hidden in menus. VW would benefit from simplifying its menu structure to find most functions in two taps or less.

The base four-cylinder Atlas Cross Sport starts at $38,995 before freight and taxes, while the V6 model starts at $47,395. The V6 is not available on the entry-level Trendline trim, is optional on the Comfortline trim, and standard on the Execline. My fully loaded Execline tester rings in at $54,495 before taxes and fees. The three-row Atlas starts at $40,095 and tops out at $55,595.

To put that into context, the Honda Passport – which comes standard with a V6 – starts at $42,705 and tops out at $49,705, and the two SUVs are well-matched in terms of features, so the price difference is pretty significant.

I would choose the 2020 Volkswagen Atlas Cross Sport over the three-row version, but this SUV ends up being quite average and doesn’t go above and beyond to be more impressive than other players in the segment. Although the Cross Sport is roomy, practical, and offers a lot of features, it’s held back by its mediocre driving dynamics and poor fuel economy. If those flaws don’t mean that much to you, the Cross Sport could be just right for you and your Goldilocks sensibilities. 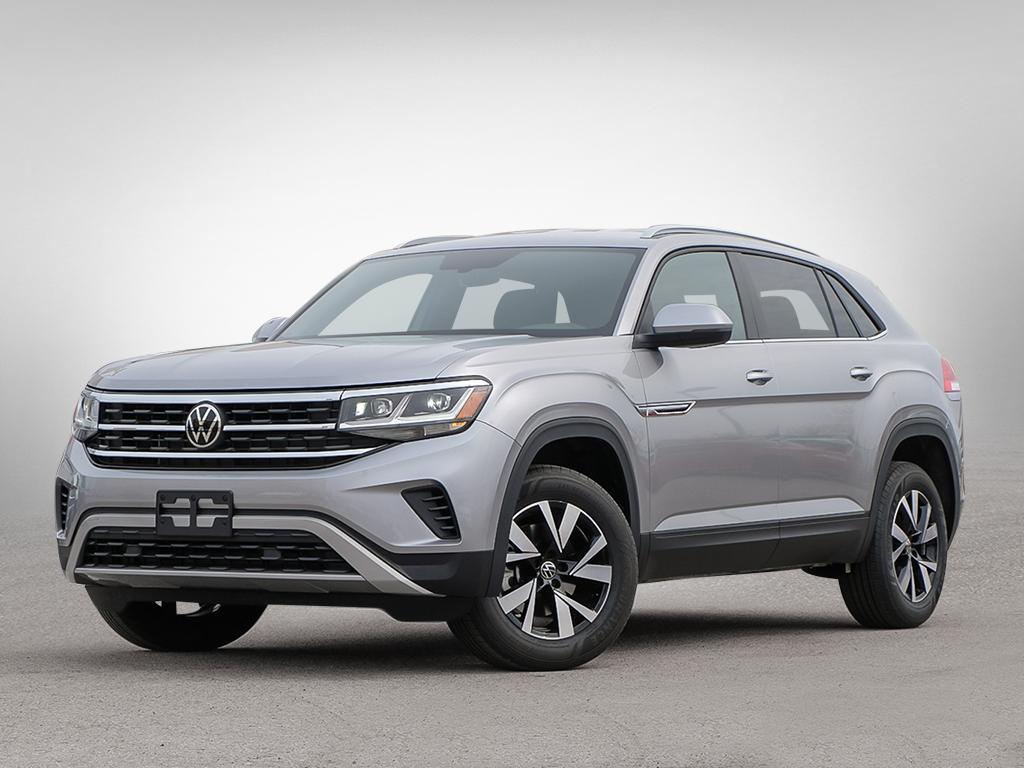 All Articles by Jodi Lai

Jodi has been obsessed with cars since she was little and has been covering the automotive industry for more than a dozen years. She has a Bachelor of Journalism from Ryerson University, is a member of the Automobile Journalists Association of Canada (AJAC), and a jury member for the prestigious North American Car/Truck/Utility Vehicle of the Year (NACTOY). Jodi is the Editor-in-Chief of autoTRADER.ca.